End Suffering Today and put an end to being trapped in the mind. Set your mind free to end suffering today. 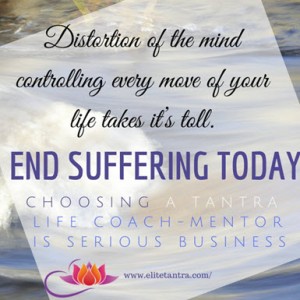 Disconnect is the suffering. disconnect is when the mind controls the body. The distortion of the mind controlling every move of your life takes it’s toll. The body gets exhausted from being manipulated and dragged by the mind. The mind is exhausted from having to be vigilant of every move and action. The mind exhausts itself by controlling every moment of life. It wants to collaborate and co create. Yet it’s afraid to let go of control.

We then seek to be healed we end suffering today.

A great fear arises. Fear of disappearing if mind lets go of control. When you are willing to be true to yourself. Free of any past the mind lets go. Mind feels the freedom of letting go of control. It recognises that by doing that, it has more control than ever before. When it lets go of control, it’s vision expands. It can see the rest of the body and alliances outside of itself as contributors to its wellness and success. While controlling the mind could not see these possibilities.

Mind is then willing to learn from others and from wisdom body.

It recognises that it acted as if it knew all when the opposite was the truth. No one can know everything. It is not humanly possible. However when mind lets go, intuition comes into play. Intuition is universal wisdom and available anytime anywhere. That is omniscience. Definition of omniscient according to merriam Dictionary: having infinite awareness, understanding, and insight. Other interpretation is Pure consciousness and infinite wisdom. The mind is unblocke to the universe and it’s wisdom. The person understands everything.  Sometimes they may seek guidance from another, just to unblock the divide. To understand every encounter and see it truthfully for what it is. This is the gift the mind receives when it lets go of control. When we let go of control, the universal truth of absolute love can be felt. End suffering today and let go of the mind. It is a state of letting go of ignorance. This is beginning of enlightenment. Contact me to book your one-on-one session.