Monkey smarter than human beings – who would have thought.

These days a human’s attentions span on line is far less than a goldfish.  If you search you-tube a monkey is far more caring and has greater attention span than a human. Monkey smarter 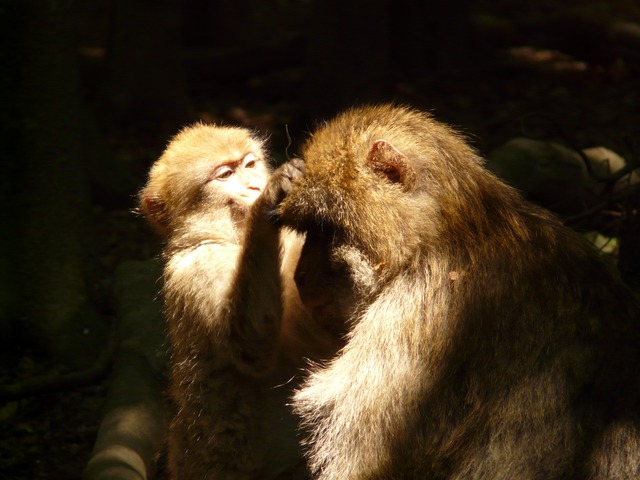 than human beings. Up to a thousand times greater than a human. Gold fish has greater attention span by almost three times than a human.

Humans are so stressed and overwhelmed by rules and regulations of experts that they are terrified even to make love as a pure human. The even go to an expert to be told where to put it and how to stroke it. Meanwhile a monkey on a train station works on its mate for twenty minutes in noisy India’s train station platform. As the humans chat amongst themselves filming the event, the monkey continues to work the energy field of its mate. In the meantime his mate looks dead. Monkey smarter than human beings is made clear as this monkey does not stop to tell the noisy humans to be quiet or to stop filming.

Monkey smarter than human beings; humans have been downgraded due to conditioning.

Your inner wisdom is your savoir. Clearly the monkey tapped into universal wisdom of some kind. Stop it. Monkey smarter than human beings – how did this ever come about? Do your own research. We have never had such a range of interpretation of the original truth. Therefore it takes real commitment to dig deep. A person who digs deep has no desire too manipulate you. Has to be worth the effort to ensure you don’t fall for the distortion of the truth. Over time the truth has been broken down and split up into levels. These levels do not fit. Nothing broken can be put together when all pieces are not involved. If you start with a piece missing and call that level one that is a distortion of truth. It’s like cutting a seed into parts and planting it then expecting it to make the plant. It must be planted whole.

When you have divided into pieces, as a human other elements are still there but out of place.

There is a way of treating your body mind spirit soul and essence as a whole. It’s inner intelligence when allowed to reveal itself will put these pieces into right compartments. You cells have this memory, let them do the work. Don’t let the mind take over.

Your mind is the conditioning that overrides your inner nature that connects with the outer nature to be able to fully function in life on earth.